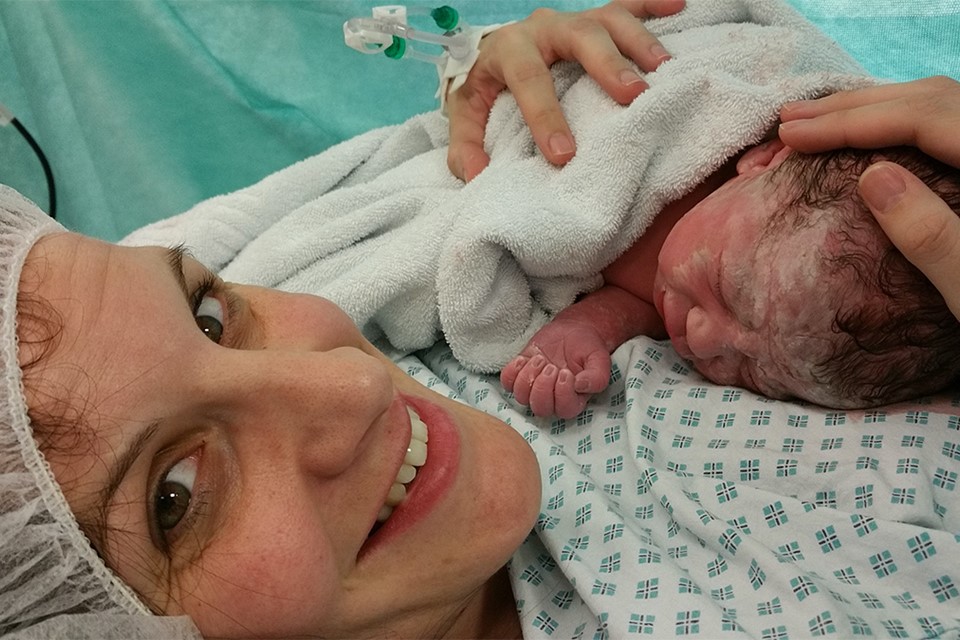 Alison is a patient of Mr Broome’s and has happily given her permission to be interviewed so that others can hear her story and feel able to come forward for help.

Alison found herself pregnant in March 2013 with her little boy. In her own words, she had a fabulous pregnancy. The only problem was the development of a hernia quite early on, in fact before the pregnancy had started to show.

Ethan was born at a birthing centre. Unfortunately, for Alison, his head was stuck in a position which caused endless urges to push before the cervix was fully dilated. Very unfortunately, for Alison, she needed to be transferred to a hospital immediately after the safe arrival of Ethan because she had a post-partum haemorrhage that needed urgent attention.

The next day, Alison was feeling very sore and mentioned to her mother that she felt as if everything (her vagina and uterus) had fallen out. It seemed that everyone was trying to reassure Alison saying that it was very soon after childbirth and this feeling can often be present, especially as she had had a difficult labour.

In fact, Alison had had lots of internal stitches so she was very sore. However, after 2-3 weeks when she felt no better, she noticed that she had what she thought was a prolapse. Horrified and frightened by this possible finding, she asked questions. Again, she was told that it was early days and most probably due to the delivery and sutures she had afterwards.

At 6 weeks post delivery, Alison attended hospital to have her hernia repaired uneventfully. At 8 weeks she returned for her 8 week post delivery checkup and asked the doctor for his opinion of what she felt was a prolapse. This doctor thought that Alison had sepsis of the uterus and so sent her to hospital. Once there, another doctor examined here and fortunately, found no evidence of sepsis, but did say that she had some prolapse, namely a lax vagina.

Alison felt horrified as she had no expectations that this could happen after childbirth but also she felt very embarrassed. Time went on and she went to see a gynaecologist who diagnosed a frontal wall prolapse for which she underwent surgical repair. At the post surgery checkup, Alison was found to have a further prolapse of the back wall of the vagina and she was referred to Mr Broome for a second opinion.

At this stage, Alison felt very down. Her work was affected as she kept having to have time off work and as a therapist, this was very disruptive. She also found it difficult to be intimate with her partner and felt “a bit lost”.

Mr Broome examined Alison and confirmed a vaginal wall prolapse as well as a uterine prolapse, surgery was undertaken to repair the back wall of the vagina re-tighten the front wall and lift the uterus back into place by undertaking a Laparoscopic (keyhole) Sacrohysteropexy procedure. Mr Broome suspected that Alison had an underlying collagen problem which would account for her prolapse and the early development of the hernia in her pregnancy.

After the Sacrohysteropexy procedure, Mr Broome felt that the uterus was secured in place and able to withstand the rigours of a further pregnancy.

Throughout this whole process, Alison was fortunate to have a very supportive partner and parents. Collectively, they gave her the mental strength to cope with the problems that she encountered.

So the good news is that Alison is now in her second trimester of pregnancy. This is the second pregnancy after the Sacrohysteropexy, the first unfortunately ended in miscarriage, but thankfully, all is well.

Alison feels so grateful that she had reason to be referred to Mr Broome, she cannot thank him enough. If she thinks of the alternative, that would have been hysterectomy and the end of having any more children.

Alison feels so grateful that she had reason to be referred to Mr Broome, she cannot thank him enough.

Alison had a healthy baby boy born by C-section, and all is well.